For a long time, the peregrine falcon was in serious trouble. Labelled as a Species At Risk in Canada, peregrines were impacted by the use of DDT, experiencing problems with fertility and development.

Fast-forward through the extensive reintroduction program; now this falcon is far from the brink of extinction in Alberta. In fact, the Committee on the Status of Endangered Wildlife in Canada changed its status to "Not At Risk.” If that’s not the ultimate wildlife success story, we don’t know what is!

In 2018/19, we maintained livestream cameras and promoted the live feed on social media at five peregrine falcon nesting locations in Edmonton: the Bell Tower, Genesee Power Plant, the Misericordia Hospital, Nutrien, and the University of Alberta. The cameras draw attention to the peregrine falcon, other Species At Risk initiatives, and resources available from Alberta Environment and Parks.

Not to mention, peregrines lead pretty epic lives! From frequent fights for mates and territory, spectacles of catching food, and raising the so-ugly-they’re-cute young, these birds are worth watching. They’re also the fastest creature in the world (389 km/hr)—no wonder this fascinating falcon accounts for 47% of our web traffic.

ACA has now expanded the project to include two ferruginous hawk nests monitored by trail cameras. Stay tuned for what’s next! 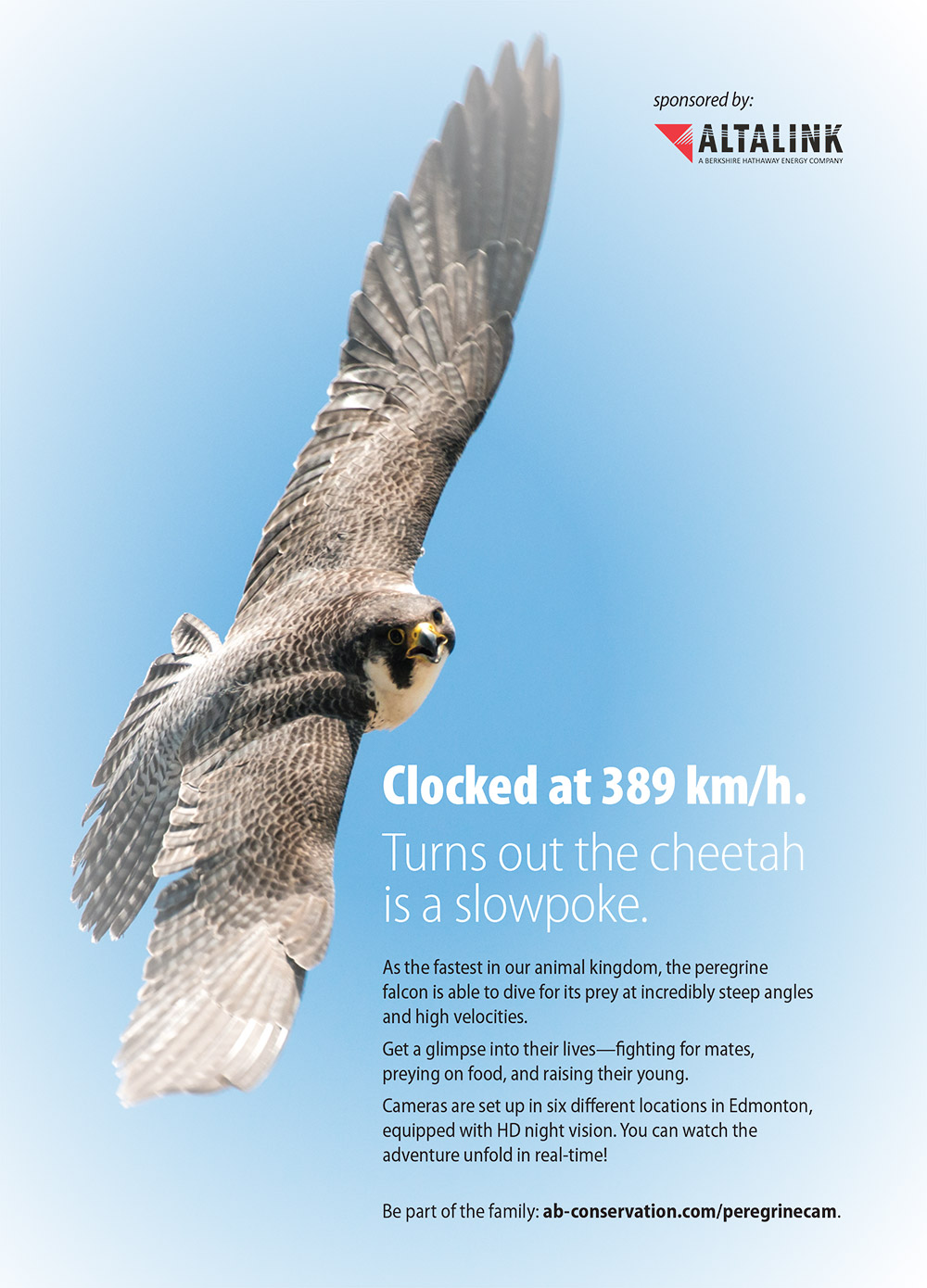