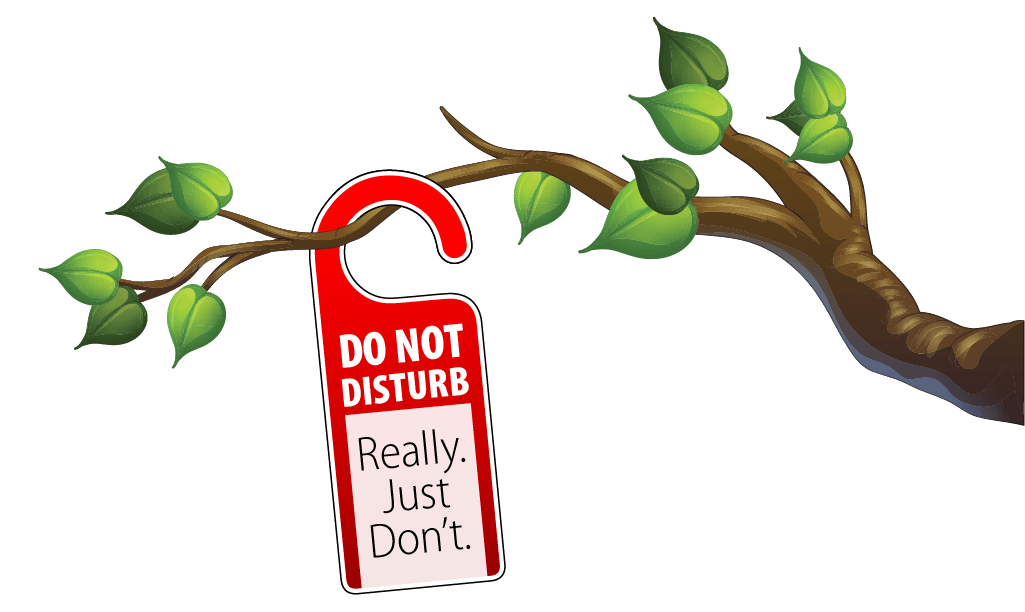 Unfortunately, our camera has experienced some technical difficulties, and will be offline for the remainder of the season. Rest assured that the peregrines are still being monitored and are doing very well. See you next year!

All four eggs hatched at Misericordia. Though not long afterward, the camera disconnected. We had intel throughout the weeks that the birds were banded, though there was no mention if any were moved to Pembina.

Although we are still dealing with camera issues, we have intel the Misericordia chicks are also being banded. Mum and Dad were reportedly dive-bombing the roof where the nest box is! We'll see how many are left and how many were transferred to the Pembina hack.

The lights (and the camera) are out at Misericordia. This is only temporary, and we will have them up and running as soon as possible. For now, the new family will have some time to themselves.

We are certain the Misericordia is now home to a family of 6! It's hard to discern each new marshmallow individually as they tend to stick together; hopefully they won't roast in this heat! They were noticed when a late lunch was delivered (in the form of a pigeon).

Judging from the shell fragments littering the floor, at least one egg has hatched at the Misericordia nest but Mum won't rise to allow an accurate count!

Success! Four eggs have been confirmed! Although each peregrine takes turns on the eggs, the female seems to be taking charge of brooding.

The Misericordia could have its own peregrine museum, considering its lengthy falcon history! This site’s original peregrine, RED G over H, nicknamed the “flying scalpel,” rates as one of the most violent peregrine falcons ever to nest in Edmonton! This captive-raised peregrine was first ever seen hanging out on the Cabrini Center of the Misericordia Complex. This site remained unoccupied until 2008, when a female peregrine born at the University of Calgary hooked up with an unbanded male. This female has occupied the site ever since, having at least three different mates.

Last season we’re pretty certain it was D01 (who was Green Girl's beau). He does all the things you'd want a falcon to do: food delivery, topping up the chicks after a feed, and cleaning up the box once the chicks have eaten. These falcons certainly made a good duo! 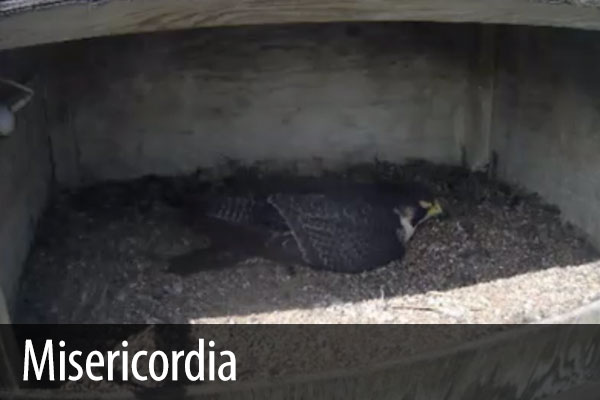 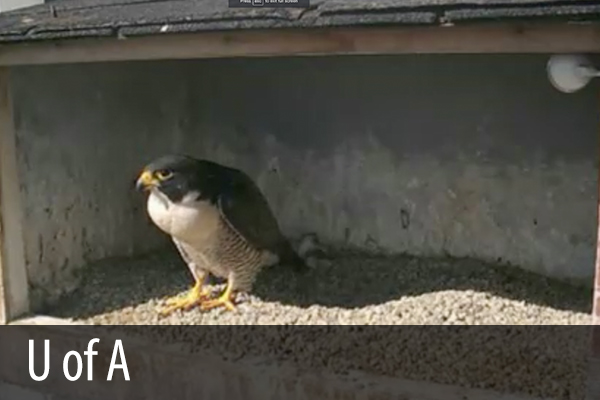 Although the peregrine falcon and the ferruginous hawk get a lot of attention because they are obviously excessively cool, there are many other interesting species that are considered to be Species at Risk, and there is no good reason not to learn about them! For example, the greater sage grouse is a very unique looking upland bird and there are very few left in Alberta. Also check out some of the bat conservation initiatives in Alberta.